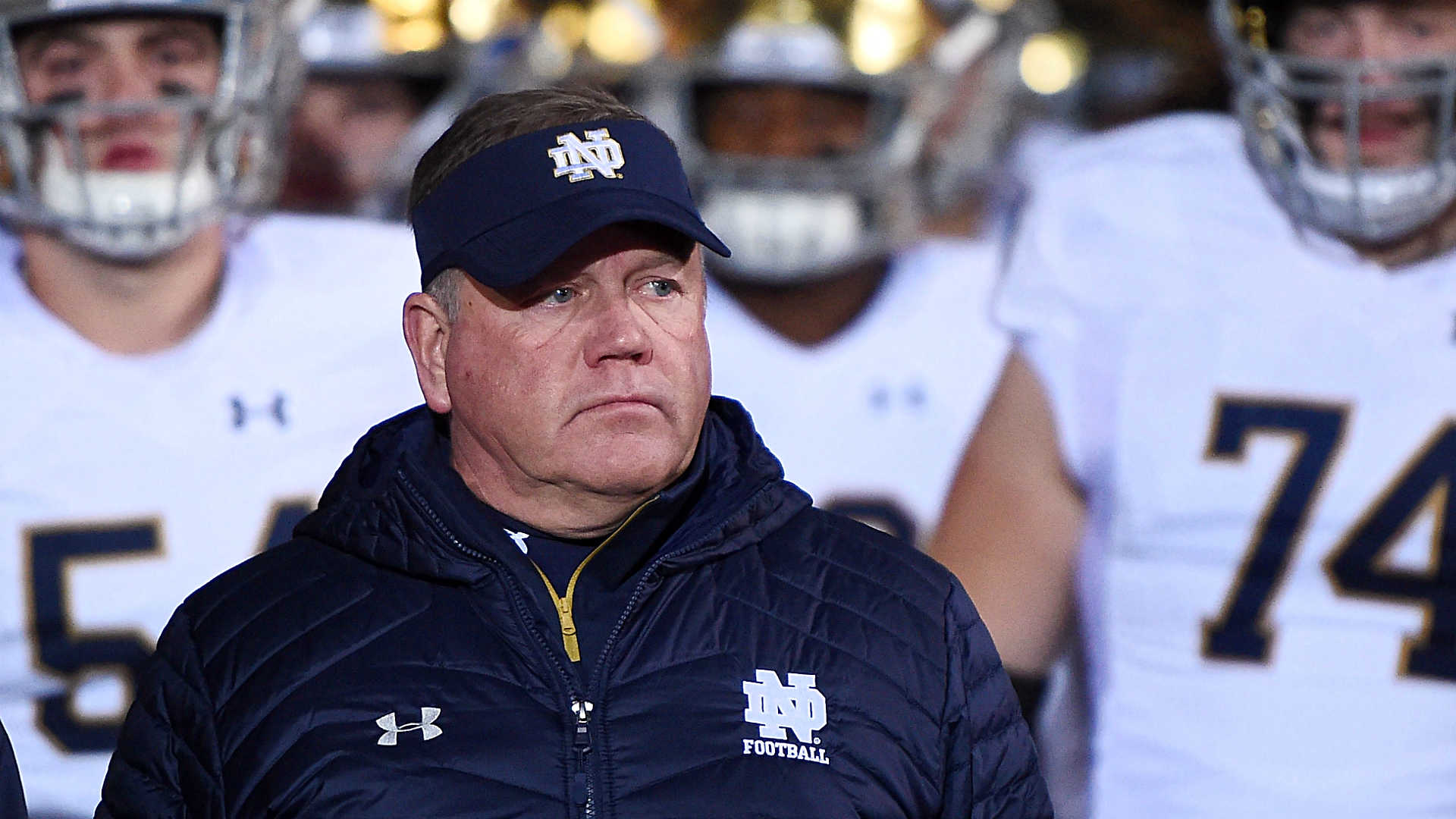 Notre Dame coach Brian Kelly attempted to make a humorous reference to former Tampa Bay Buccaneers coach John McKay following the Fighting Irish’s 41-38 overtime win at Florida State on Sunday. It did not seem to go over too well.

Asked about his team’s ability to withstand Florida State’s 18 straight fourth-quarter points in the win, Kelly said: “I’m in favor of execution. Maybe our entire team needs to be executed tonight.”

The joke appeared to fall flat compared to McKay, who was credited with saying, “I’m in favor of it,” when asked what he thought of his team’s execution back in the late 1970s. Kelly responded to criticism of his postgame comments with apparent confusion, according to ESPN.

Brian Kelly just now: “It’s an old John McKay quote. I was kidding. I was being tongue-in-cheek. … It wasn’t funny? I was making a joke about it. It was taken serious. Are you people crazy?”

uh.. what do we think of Brian Kelly’s humor attempt? it’s a twist on an old one liner, saying his whole team “should be executed.” but this is ’21.. yeah I don’t think it works. It was a resilient W in very tough environment.

Brian Kelly did not execute that joke very well.

Notre Dame beat Florida State thanks to a standout performance from Wisconsin senior quarterback transfer Jack Coan, who threw for a Fighting Irish season-opening-record 366 passing yards. He also had four touchdowns and one interception. Junior safety Kyle Hamilton also recorded two of Notre Dame’s three interceptions, allowing it to build a lead as large as 18 points in the third quarter.

The Fighting Irish are next scheduled to face Toledo on Sept. 11 at 2:30 p.m. ET. But will Kelly’s players still be alive then?